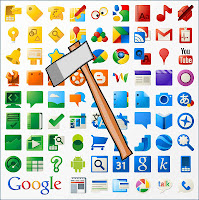 You might have seen announcements on shutting down of some of the Google services in the past few months. As the company is continuing with its spring cleaning of features and services that are not performing well, Lets have a look on those announcements and some of the alternative services you can think off.


Google launched this service in 2005 and it was a great success.The Reader served as good tool for the people to stay connected with their favorite websites. But over the years the usage declined and the company has decided to shutdown the service on July 1, 2013.

If you are a Google Reader user back up your data with Google takeout before July 1. Some alternative feed readers are Feedly , Bloglines , FeedSpot, Newsblur etc.


With the same reasoning the company will be retiring its Online advertising Program , Affiliate Network on July 31st. In the closure notice Google suggests the advertisers to take advantage of other CPA-oriented tools like Product Listing Ads,remarketing and Conversion Optimizer to keep their online advertising.


The company launched the Google + Games in August 2011 offering titles from Rovio, zyga etc.Yesterday with the launch of Play game services, Google announced the shutdown of Google + Games on June 30 , 2013.The users should contact the developers for alternative destination sites for the games.


SMS Search was a service that lets users send search queries by text message to a short number and the search results would be returned back as text messages. Google has silently rolled back this service a few days back. An alternative for this service is 4INFO, even though it is not as efficient as Google SMS Search.